Harlow H. Curtice was the eleventh president in the history of General Motors. He climbed from a bookkeeper's desk to the top of the automobile world by sticking to an old formula of doing things the hard way.

Steady and sometimes swift advances marked the career of Curtice, who retired from General Motors as president in 1958. Before his ascension to that position, he had been GM executive vice president for four years and general manager of Buick Motor Division for 15 years. But his rise included no magic short cuts.

Curtice was born near Eaton Rapids, Michigan, on August 15, 1893, the son of Marion Joel and Mary Ellen Eckhart Curtice. He obtained his early schooling at Eaton Rapids, where classmates recall him as a freckled, serious boy who — in the words of one of them — "was quiet, modest and blushed easily and often." He was graduated from high school at Eaton Rapids.

Young Curtice spent vacations attending to car lot shipments of fruit that his father, a commission merchant, had purchased from local growers. He took care of his father's books, and later went to work as a shipping clerk in an Eaton Rapids woolen mill. The mill was small, opportunities limited, so Curtice decided to finish his schooling and seek broader fields.

From Eaton Rapids Curtice went to Big Rapids to study accounting and allied business at Ferris State College. Upon his graduation in 1914, the 20-year-old Curtice went to Flint and took a job on February 1, an accountant with the Standard Rule Company, which made steel measuring tapes. That job ended on May 1, 1914, when the firm was sold.

Curtice then began his career with General Motors as a bookkeeper for the AC Spark Plug Company. About one year later, at the age of 21, he was made comptroller, enjoying the distinction of being the youngest executive in the automotive industry. He served in the Army during the First World War, returned to AC and in 1923 was made assistant general manager while retaining his duties as comptroller.

Four years later Curtice became vice president and assistant general manager, devoting his time to manufacturing management, and in 1929, at the age of 35, he was named president of the company. During his stewardship at AC, Curtice increased the product range of the division with the result that employment in AC plants was greater during the depression than it has been previously.

Although Curtice received his first training in the fields of accounting and finance, he has an expert's grasp of styling, engineering and production. More than that, he has a natural aptitude for salesmanship, making him one of the industry's most versatile executives.

Buick, the oldest division of General Motors, was at its lowest ebb in 1933 when Curtice, then head of the AC Spark Plug Division and at 40 one of the industry's most experienced executives, was chosen president and general manager. Production had slumped to a low of 40,621 units, less than one-sixth of Buick's 1926 peak of 266,753 cars and less than its 1915 output of 43,946 cars when it began its climb to leadership as a volume producer. An economic depression combined with a product that had failed to remain competitive tumbled Buick from its place of leadership.

There was a tradition in the automobile business that when a popular car started in fade in sales volume it was on the road to oblivion. Many believed this fate awaited Buick, once GM's leading division. Obviously Curtice did not share this gloom.

Curtice moved quickly and effectively into the job of rebuilding Buick. His prodigious energy, quiet decisiveness and boundless zeal for perfection revitalized Buick almost overnight. The first important step under Curtice's leadership was the addition of the Series 40 Buick, a new line of cars tooled in a relatively short period of time, and announced to the public in May 1934. This enabled Buick to nearly double 1933 volume and the resurgence was on the way.

A completely redesigned line of 1936 model Buick cars was introduced in late 1935, and production climbed to 179,533 units in 1936, boosting Buick's percentage of industry's volume to 4.9 percent. With the exception of 1938, a depression year, the volume of production and sales rose steadily until a record number of 377,428 units were built during the 1941 model year. Buick's sales soared and by 1938 the company was the industry's fourth largest producer, outselling all but the three low-priced makes.

Buick continued and extended its growth and leadership, reaching a pre-war record of 377,428 units during the 1941 model year. Under Curtice's leadership Buick averaged more than 8 percent of the industry's sales and production volume for the four years preceding America's entry into World War II. However, even before Pearl Harbor, Curtice plunged into the war production program, converting every Buick plant to production of armament.

When the threat of war became ominous, Curtice offered Buick's facilities to William S. Knudsen, then director of the National Defense Advisory Committee and coordinator of America's defense program. Late in 1940, Knudsen selected Buick to undertake the difficult assignment of producing Pratt & Whitney aircraft engines. Within a week from the time the project had been announced, Buick engineers and production men were busy with plans for construction of a plant to build the engines.

Curtice took personal charge of Buick's war production team. Automobile production methods were adapted to the engine job to give the Army the 1,000-a-month volume it desired. In March 1941, ground was broken for Buick's new engine plant at Melrose Park, Illinois, and six months later the huge building was virtually completed. The first engine was completed and accepted by the government in January, 1942, months ahead of schedule. This plant continued to keep ahead of schedule and, during the war, delivered to the Army 74,797 engines, enough for 18,699 four-motored Liberator bombers.

Buick undertook more than 30 other war jobs, too, as Curtice ordered every one of its plants converted to armament production. During the war Buick delivered to the government on or ahead of schedule more than $1 billion worth of equipment at considerably reduced prices — an achievement made possible by the drive and leadership of Curtice.

Another of Buick's outstanding achievements under Curtice's leadership during the war was the development and production of the M-18 Hellcat tank destroyer, first mobile allied weapon to prove a match for heavy German tanks.

In September 1948, Buick produced its 5,000,000th passenger car, of which more than 2,250,000 were produced during the Curtice administration that began in October 1933. Under his leadership the Buick line of cars was designed to cover a wide range of the buying public, beginning at just above the low-priced field and extending through the high-priced field, in which Buick now has approximately 40 per cent of the market. He also introduced a number of important styling and design advances, including Buick's "Dynaflow Drive," a unique torque-converter transmission, which eliminated gears and the conventional clutch in the forward driving position.

The Board of Directors named Curtice acting president of General Motors on December 1, 1952, after GM President Charles E. Wilson was granted a leave of absence. Wilson had announced his intention to sever his business connections upon Senate confirmation of his appointment as Secretary of Defense. On February 2, 1953, the board named Curtice president of General Motors, succeeding Wilson.

Curtice’s presidency was also a time of great showmanship and experimentation for General Motors. It was the era of GM’s Motorama travelling auto show. The Motoramas displayed GM’s current product offerings next to its futuristic “dream” cars and included lavish stage shows that captured the imagination of the buying public. Curtice opened a one-off companion show for GM's heavy duty trucks and earth moving product called Powerama at the lakefront in Chicago during 1955. He also revived Charles Kettering’s Parade of Progress as another promotional tool for the corporation.

In May 1956, Curtice presided over the dedication of the GM Technical Center in Warren, Michigan. This campus provided a new home for GM’s research, engineering, and styling staffs where they could work together to tackle the technical challenges of the future.

As GM president for the most of the 1950s, Harlow Curtice led the corporation to unprecedented growth through the post-war boom years. When he took the job, many in the industry were bracing themselves for the possibility of an economic slowdown as they believed that post-war bubble was about to burst. Undaunted by these predictions, Curtice committed General Motors to a $1 billion expansion program in January 1954. This bold move proved wise as the company would continue to increase its profits and market share during his presidency. By the time, Curtice retired GM was selling about 60% of all cars and trucks purchased by Americans. He was also the president of any industrial company to net over $1 billion in profits in a single year. In 1954, Curtice helped GM celebrate the production of its 50 millionth car, a 1955 Chevrolet Bel Air. A year later, Time Magazine named him "Man of the Year" for 1955.

Harlow Curtice retired from General Motors on August 31, 1958 just weeks after presiding over the corporation’s 50th anniversary celebration in his adopted hometown of Flint. Through all his years of great success, including as head of GM he drove only Buick’s as his personal vehicle. His duration of retirement was brief. In 1959, he accidentally shot and killed his dear friend, retired GM vice president Harry Anderson, while on a hunting trip. This tragedy overwhelmed and consumed him during his final years. He died just over two years later in 1962 at the age of 69. 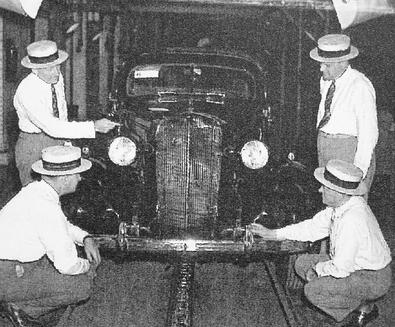 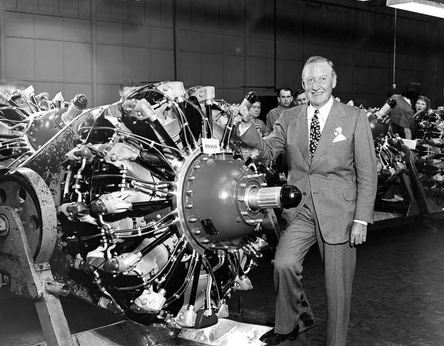 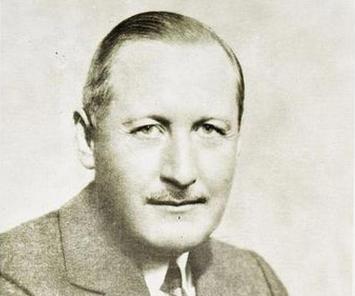